Russia shifts stance on hospital bombing condemned around the world 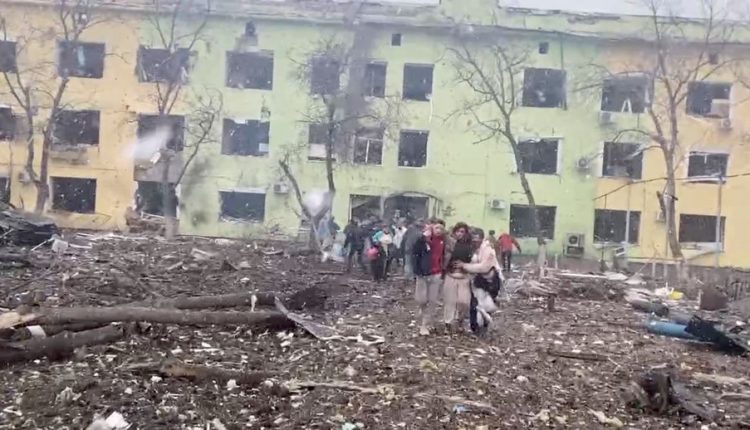 LONDON, March 10 (Reuters) – Russia on Thursday shifted its stance over the bombing of a Ukrainian hospital in the city of Mariupol, with a mix of statements that veered between aggressive denials and a call by the Kremlin to establish clear facts.

Ukrainian President Volodymr Zelenskiy said three people including a child had been killed in the bombing on Wednesday, and rejected Russian assertions there had been no patients there.

Like always, they lie confidently,” said Zelenskiy, who has accused Moscow of waging genocide in the war it launched two weeks ago.

In the face of worldwide condemnation there were rare signs of inconsistency in the response from Russian officials, who since the start of Moscow’s invasion on Feb. 24 have stuck tightly to the same narrative for what Russia calls its special military operation in Ukraine.

Kremlin spokesman Dmitry Peskov, asked for comment in the immediate aftermath, told Reuters on Wednesday: “Russian forces do not fire on civilian targets.”

On Thursday he said the Kremlin would look into the incident.

U.N. says no evidence to back Russian claim of Ukraine…

“We will definitely ask our military, because you and I don’t have clear information about what happened there,” Peskov told reporters. “And the military are very likely to provide some information.”

He told reporters after meeting Ukraine’s foreign minister in Turkey that the hospital building had for days been under the control of ultra-radical Ukrainian forces who had emptied out the doctors and patients – the version rejected by Zelenskiy as a lie.

Moscow says it is conducting a special military operation to demilitarise and “denazify” Ukraine. Kyiv and the West reject these as false pretexts for an invasion of a democratic country of 44 million people.

U.N. says no evidence to back Russian claim of Ukraine biological weapons program